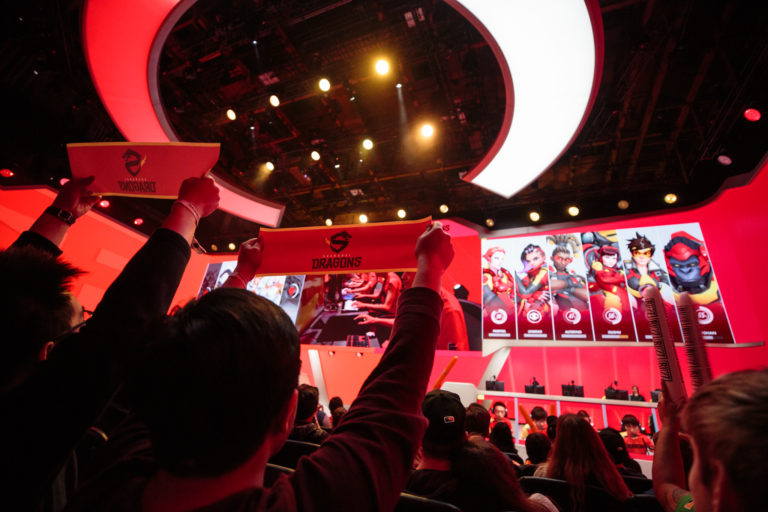 Leave it to the Shanghai Dragons and Dallas Fuel to give Overwatch League fans a true show during the June Joust tournament. The two teams went head to head in the second tournament cycle of the year, repeating a showdown that took place in the May Melee. While that competition ended 4-2 in the Fuel’s favor, Shanghai brought it to them in this revenge tour.

After dropping 1-3 midway through the series, the Shanghai Dragons completed an unprecedented reverse sweep against the Dallas Fuel to take the June Joust tournament with a 4-3 score line. Shanghai appeared to adapt and create a response to the Fuel’s dominant composition over the course of the series.

The first two maps of the Grand Finals, Lijiang Tower and Volskaya, looked identical to the Dallas Fuel’s 3-0 sweep against Shanghai earlier this weekend. While the Dragons had a few good attacks, the Fuel’s cohesion and dive was too strong for them to handle. Both maps went to Dallas in a dominant fashion.

On Shanghai’s map choice, Numbani, something within the Dragons seemed to wake up. The team held the Fuel before second point thanks to vastly improved coordination and hero plays from Shanghai’s DPS Lee “LIP” Jae-won.

By fourth map Rialto, the Dragons looked like an entirely different team. By capitalizing on engagements from main tank Koo “Fate” Pan-seung’s Wrecking Ball, the Dragons were able to take a speedy map completion. A massive five-player D.Va Self-Destruct by off-tank Kang “Void” Jun-woo didn’t hurt, either. Despite this, the Fuel managed to come back at the last second in the map’s overtime rounds to take the series to 3-1.

Not to be outdone, the Shanghai Dragons took the Fuel to Busan and played Dallas’ own game. Instead of opting for a creative composition, the Dragons played a variation of the Fuel’s signature North American “neo-GOATS” meta and narrowly defeated them.

Things got much more wild on Eichenwalde, where both teams had to switch up hero picks to get ahead. The map initially looked ugly for the Dragons, but a miracle push at point B led to a full completion for the team. Shanghai got the Fuel down to overtime on several occasions during the latter’s attack round, but clutch plays from the Dragons’ DPS led to a hold on Dallas before the final point.

Final map Junkertown was marked with aggressive, brutal attacks from both teams. Shanghai was unable to complete the map thanks to a forceful defense from Dallas, but the tables turned by the time the Fuel’s attack came around. With mastery of the meta that would have been incomprehensible at the start of the series, Shanghai held the Fuel before point B and brought home the June Joust championship.

As the winners of the June Joust tournament, the Dallas Fuel will bring home $100,000 in prize money as well as three “league points,” which factor into postseason standings. The Shanghai Dragons, as the runners-up, will still earn two league points and $70,000.

All teams will get a break next week, but the Overwatch League returns on June 25.