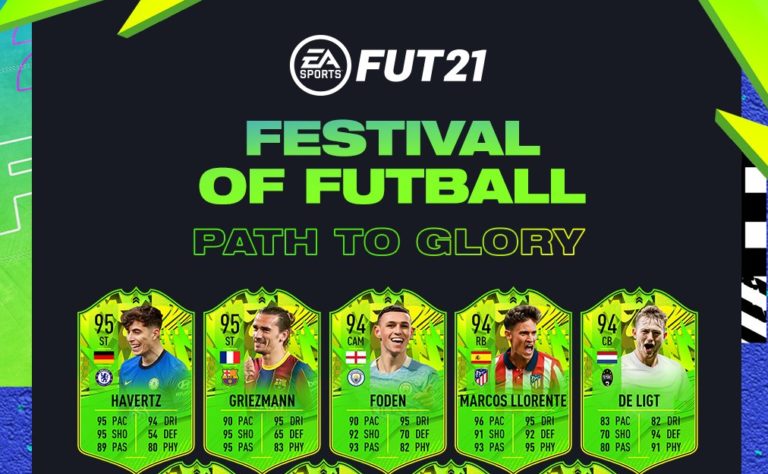 EA Sports has launched the Festival of FUTball (FOF) promotion today in FIFA 21 Ultimate Team. The Path to Glory team is the first one to be released in the promo.

This promotion celebrates the Euro World Cup in Russia and the Copa America and upgrades cards based on national team wins from these tournaments. Players can earn new special Player Item types for a variety of themed Squad Building Challenges and Objectives.

The last FOF of the franchise came in FIFA 18 to celebrate the World Cup in 2018 and it featured loads of new content. including Path to Glory and Classic International Heroes, which can also be expected in this year’s version, boosted cards, special themed SBCs, and themed FUT packs.

The FOF Path to Glory chosen players must have represented their national team at least once in their careers. This includes both the youth and the senior men’s national teams. The upgrades will be based on how many wins the player’s national team had over the tournament starting today, June 11, until July 16.

The associated national team for each FOF Path to Glory player is determined by the FUT Nation of that item. Here’s the upgrade format:

Players will also see new FOF items of national team players being released during the event via SBCs and Objectives. These are permanently upgraded Special Items that represent a different nation each release to help you upgrade your nation-themed squads throughout the event.