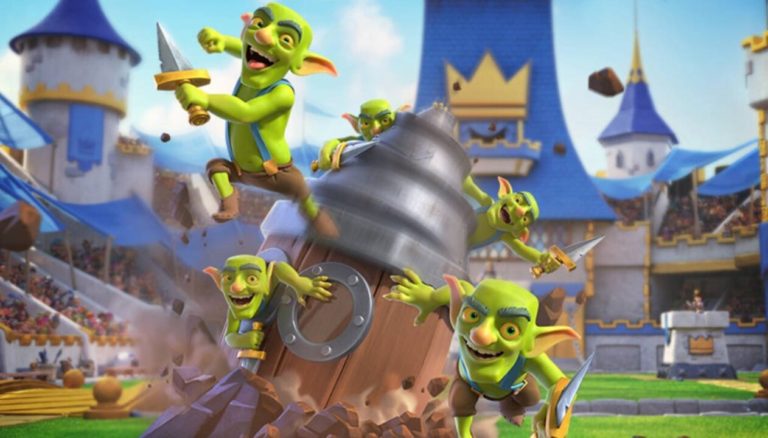 Clash Royale’s summer update, which is accompanying the game’s 24th season, is bringing a new card to the game.

The Goblins have manufactured a new piece of technology, called the Goblin Drill. As the name suggests, it’s a drill that can be used by Goblins to travel underneath the arena, just like the Miner, and erupt anywhere. Inside the drill, there are several Goblins that will slowly spawn on the arena.

The Goblin Drill is a rare card. You need four elixirs to use it in battle. The Drill has a lifetime of nine seconds and spawns a Goblin every three seconds. On dying, it will deploy an additional three goblins. All enemy troops in a radius around where the Goblin Drill erupts will be damaged and also pushed back slightly.

Related: Clash Royale season 24 is called Rumble in the Jungle

How to unlock the Goblin Drill

The Goblin Drill unlocks in Arena 13 of Clash Royale. It will be available in different challenges throughout the 24th season.

Clash Royale’s summer update is a huge one. Besides the new card, it’s extending the trophy road to 8000 trophies, bringing two new arenas (Rascals Hideout and Serenity Peak), changes to leagues and Clan Wars two, and adding ways for players to earn even more gold.