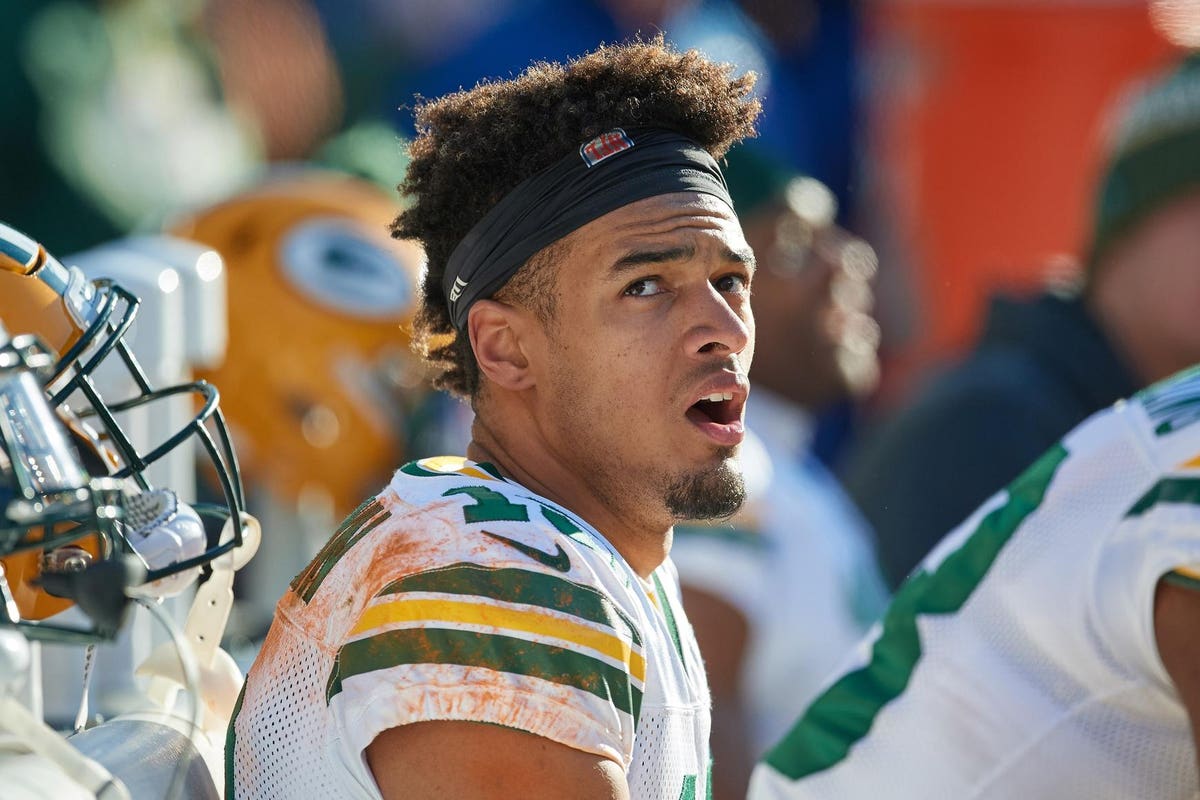 Equanimeous St. Brown is averaging a pedestrian 9.3 receptions per season during his first three years with the Green Bay Packers.

Devin Funchess, who signed a free agent deal with the Packers 14 months ago, has yet to catch a pass for Green Bay.

So, it seems like an odd choice that these two players — who figure to be on the roster bubble — have elected not to attend Green Bay’s ongoing organized team activities.

Yes, OTA’s are voluntary. But for two players with so much to lose, skipping OTA’s could potentially be career suicide.

“It’s something they get to choose and if they think they’re getting themselves in the best position to be able to help this team, then hey, that’s how it is in the offseason,” Packers offensive coordinator Nathaniel Hackett said. “But we miss ‘em and we’d love ‘em here.”

With peeved Packers quarterback Aaron Rodgers at odds with the organization, it seems more than coincidental that Green Bay’s top pass catchers have all chosen to sit home at the same time. But Packers wide receivers coach Jason Vrable doesn’t believe this was orchestrated to show support for Rodgers.

“There’s been no talk of that with me,” Vrable said. “I’m excited for ’em for the future and hopefully next week they show up and we’ll be ready to roll.”

Adams, Lazard and Valdes-Scantling have substantial bodies of work in Green Bay and have enough house credit built up to miss an OTA. Adams has been to four Pro Bowls, Lazard has 68 catches over the last two years, and MVS averaged an NFL-best 20.9 yards per catch last season.

In the case of St. Brown and Funchess, though, their absence is akin to a D-plus student skipping midterms.

St. Brown, a sixth-round draft pick in 2018, has just seven catches in the last two seasons. St. Brown missed the entire 2019 season with a high ankle sprain, then played just 19% of the snaps in 2020.

Green Bay used a third-round draft pick on slot receiver Amari Rodgers, and Malik Taylor is a superior special teams player to St. Brown. So St. Brown’s chances of making the roster were probably no better than 50-50 before he chose to skip OTAs.

Funchess, a free agent acquisition in 2020, sat out last season due to concerns over COVID-19. Although Funchess is just 27, he has just three receptions in the last two years and his career is clearly at a crossroads.

Funchess played just one game for the Colts in 2019 after breaking his collarbone. Funchess was designated for return from injured reserve in mid-November and began practicing, but Indianapolis chose not to activate him.

Funchess then spent the rest of the 2019 campaign on the injured reserve list and has been a complete non-factor in Green Bay.

“I think he’s had basically a year and a half to understand our playbook, so I think from that standpoint he should be great,” Vrable said of Funchess. “I’ve watched the Carolina tape and he only played a little bit in Indy, but … I’m excited about obviously his physical attributes, but also just kind of his intensity and toughness that I think he will bring to the room.”

The Packers can’t wait to get all of their wideouts back in the receivers’ room. With Rodgers wanting out of Green Bay, second-year man Jordan Love could be the Week 1 starter and needs as much work as possible with his potential pass catchers.

“I think as a coach you always want as many guys that choose to show up here,” Packers coach Matt LaFleur said. “I think there’s a lot of team chemistry, which is so important in winning and losing in this league and just learning how to play together, learning how to practice together, setting the standards for this football team. So certainly, yeah, you’d love to have everybody here.”

For some that chose to stay away, they may not be “here” much longer.