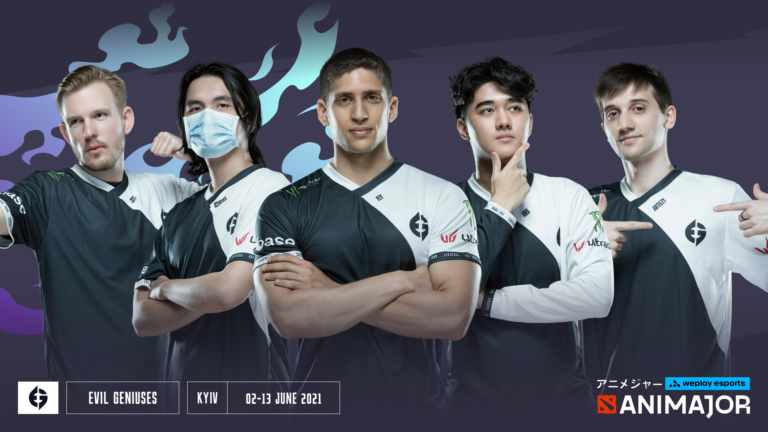 The evenly matched pace of the Wild Card round seems to have carried over into the group stage at the WePlay Esports AniMajor, with the first day ending in two different sets of four-way ties.

Of the eight teams competing, four managed to win one of their best-of-two series outright and then split their other series. Those four teams, Evil Geniuses, PSG.LGD, Nigma, and Vici Gaming, are all tied for first place in the rankings after day one, with a 3-1 game record.

Meanwhile, the other four teams, beastcoast, Team Liquid, Team Spirit, and TNC Predator, all lost one of their series and then split another, leading to a four-way tie for fifth place at 1-3.

Nigma won the final series of the day 2-0 over Spirit, which forced the two massive ties. Now, no team is heading into the second day with a distinct advantage over any other team that they are tied with.

TNC probably has the most to lose tomorrow, with games against Nigma, LGD, and beastcoast. If the Southeast Asian squad does not win at least one of those series, it is very likely they will be one of two teams being sent home at the end of the group stage since they split their series with Vici and already lost 2-0 to EG.

Meanwhile, if EG is able to win even one series against the field of Vici, beastcoast, and Nigma, the North American juggernaut should have safe passage into the playoffs.

Matches begin at 5am CT with Spirit playing LGD and Vici going up against EG, in what will be the final day of matches being split across multiple streams.