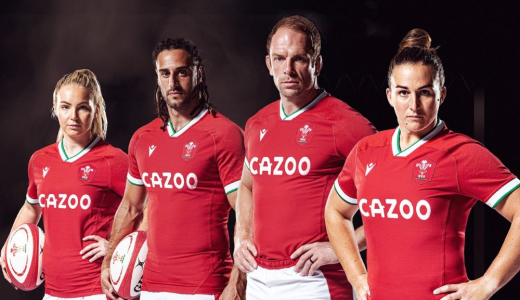 Online car retailer Cazoo has been announced as the new shirt sponsor of the Welsh national rugby union teams.

The multi-million pound deal with the Welsh Rugby Union (WRU) means Cazoo’s branding will feature on the men’s and women’s pathway and senior jerseys, shorts and training gear.

The initial two-year agreement will see Cazoo take over the inventory on 1st July from Japanese car manufacturer Isuzu, which back in 2017 signed what at the time was a record deal with the WRU.

Despite no longer featuring on the national team shirts, Isuzu has agreed to continue its relationship with the WRU under a new partnership that runs until 2023.

Steve Phillips, chief executive of the WRU, said: “We are grateful to Cazoo for the huge value they have placed on Welsh rugby and see the size and stature of this new partnership as a testament to our ability to attract sponsorship interest of the very highest quality.”

The deal is Cazoo’s first in rugby union and continues the company’s aggressive expansion into sports sponsorship.

In addition to the WRU, the UK-based company also has partnerships with Premier League clubs Aston Villa and Everton, the English Football League (EFL), the 2021 Rugby League World Cup, The Hundred cricket competition, World Snooker Tour and the Jockey Club.

The Welsh men’s team will wear Cazoo-branded kit for the first time in their game against Canada on 3rd July. The women’s side will sport the company’s logo starting with the 2022 Six Nations tournament.