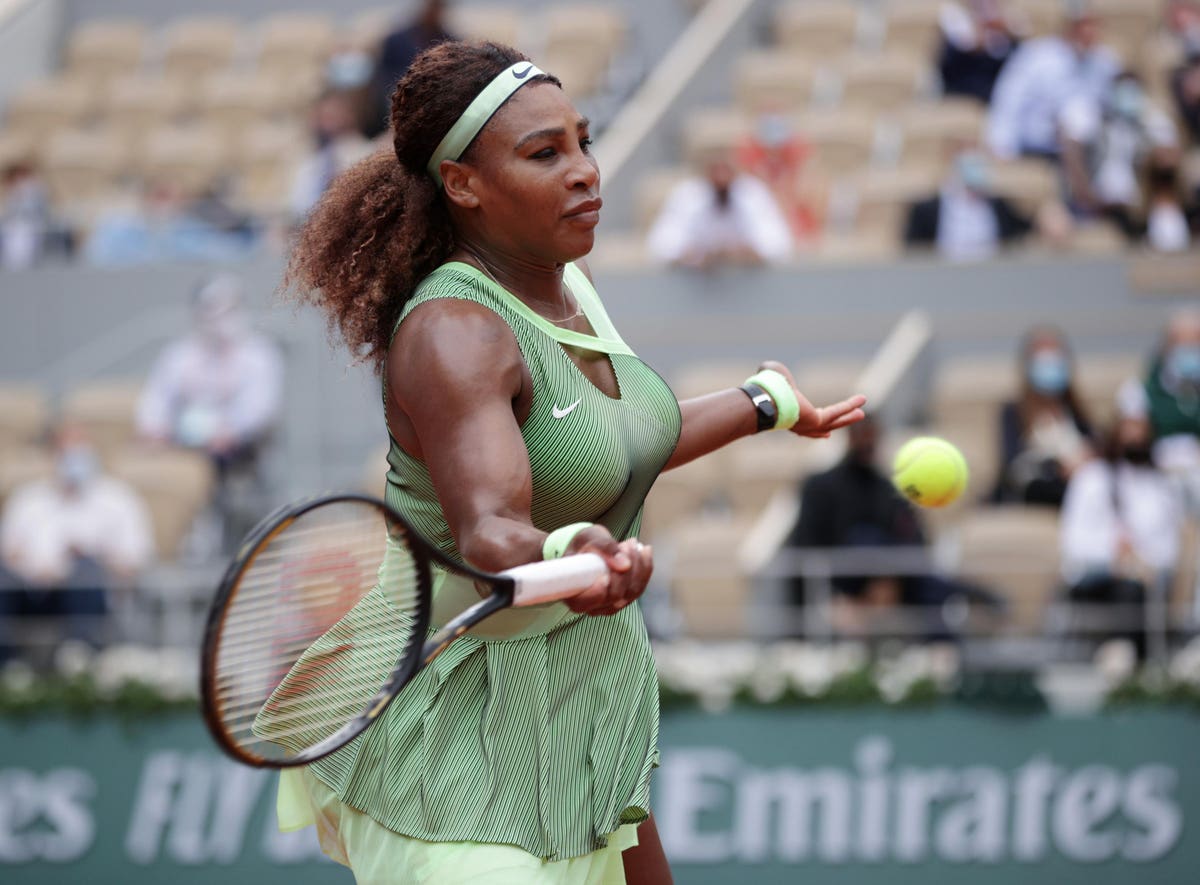 Exhorting herself with shouts of “Move your feet!” and “Come on!” Serena Williams overcame a slow start in the second set to beat fellow American Danielle Collins and advance to the fourth round of the French Open.

Williams, 39, willed herself to a 6-4, 6-4 victory despite trailing 1-4 in the second set. She rattled off five straight games to close it out, winning the match with an emphatic ace up the T.

The No. 7 seed and 23-time Grand Slam champion remains alive for her record-tying 24th major title and appears to be getting some help in her half of the draw. No. 2 seed Naomi Osaka withdrew earlier this week after being fined $15,000 for refusing to meet with the media, while No. 3 seed Aryna Sabalenka lost in straight sets Friday to Aliaksandra Sasnovich.

World No. 1 Ash Barty is out of the top half of the draw after retiring Thursday with a hip injury.

Only two of the top 20 women in the world remain in the bottom half of the draw: Serena and No. 15 seed Victoria Azarenka. Williams will next face No. 22 Elena Rybakina and then could possibly face Azarenka in the quarterfinals.

Serena broke for a 4-3 lead in the first set with a touch angled forehand volley into the corner.

After gifting Collins two double-faults, Serena comes up with two huge first serves — an ace and a service winner — to close out the first set 6-4.

Serena then broke for a 1-0 lead in the second set when Collins smacked a forehand into the net.

But Serena gave back two breaks, double-faulting to fall behind 1-3 in the second set. Serving at 1-4 she shouted at herself, “Move your feet!” and “Come on!” on the way to the hold.

Williams and Collins were two of eight American women into the third round — the most since 2003.

Coco Gauff, the No. 24 seed and youngest American at 17, will face No. 13 Jen Brady, the Australian Open finalist, on Saturday.

The last American champion other than Serena was Jennifer Capriati in 2001. American Sofia Kenin reached the final last fall, falling to Iga Swiatek.