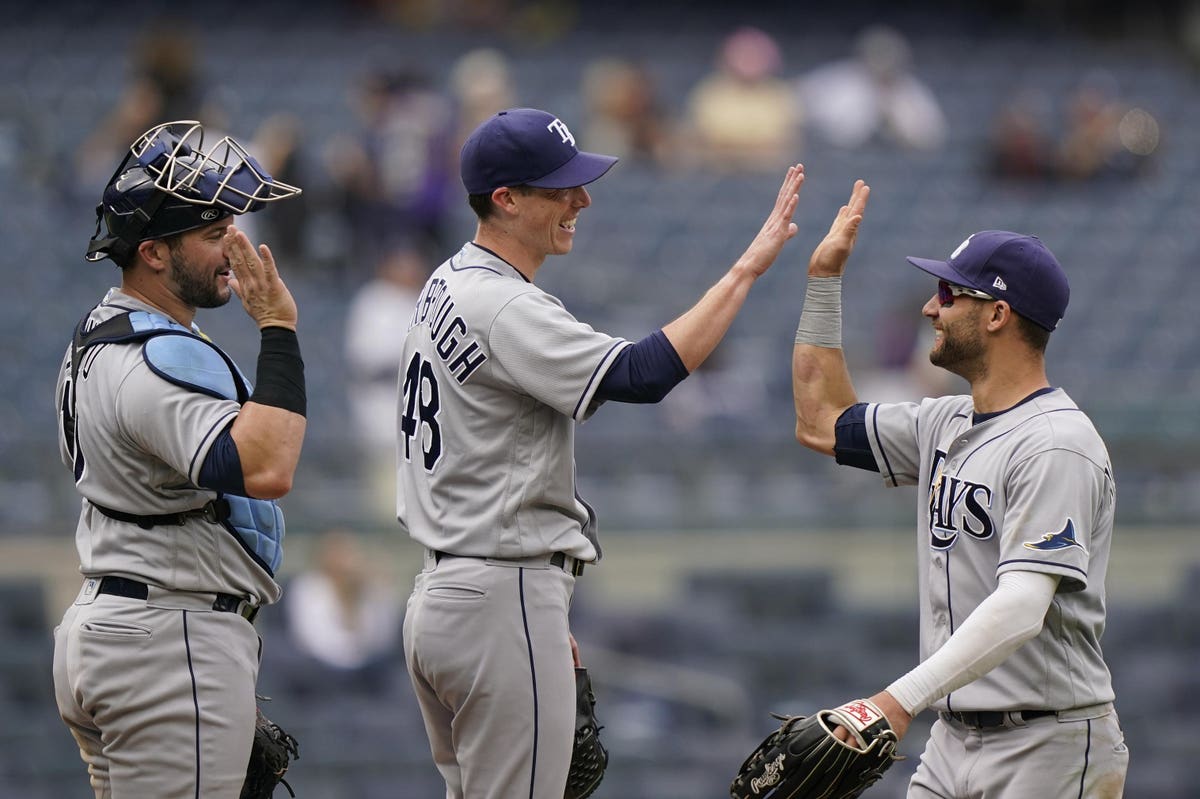 The complete game is a thing of the past and one that is so rare these days you might do a doubletake when one actually occurs.

Even more so when a pitcher doing it comes from the Tampa Bay Rays as Ryan Yarbrough did on Thursday against a spotty Yankee offense, who continues to struggle with consistency heading into their first series against the Boston Red Sox.

After all this is the same team who pulled Blake Snell in Game 6 of the World Series last year and started the trend of using pitchers as openers, thus ushering an era of scoreboard pages now showing “TBA” under certain pitching matchups.

Yarbrough’s complete game was Tampa Bay’s first since current Red Sox reliever Matt Andriese blanked the Oakland Athletics on May 14, 2016. It was the 26th complete game this season after there were 29 in the pandemic-shortened season in 2020 though of course those numbers can be skewed due to seven-inning doubleheaders.

Perhaps making it more unique than despite the fact it was done by someone on the Rays is the type of roles Yarbrough has been in. He has switched from being a bulk reliever to a starter and was 0-10 with a 5.04 ERA in his previous 24 starts since Aug. 17, 2019, which was six days after he pitched 8 2/3 innings in Seattle and a little over a month after he was the bulk guy in a near combined perfect game

“We’re so pumped for Yarbs,” Tampa Bay manager Kevin Cash said. “He was pretty just really good. Pretty special day for him. It just seemed like he made the most of every pitch thrown.”

Even with a differing strike zone that ultimately got manager Aaron Boone tossed, Yarbrough shut down the Yankees without throwing a pitch over 88.1 mph. His 41 changeups maxed out at 81.1 mph, the 34 cutters topped out at 85.5 and the 21 curveballs topped out at 73.2.

And the game ended with a 10-pitch ninth inning to cap a day where DJ LeMahieu could be heard slamming his bat in the dugout after a strikeout once the game was out of hand.

“My whole mission was just to get all three (outs) and not give any situations where I let anybody get on base and have them (have a chance) to make a decision,” Yarbrough said.

It added up to another day of maddening results for the Yankees, who head into their first series against the Red Sox with seven losses in 10 games following a 22-8 recovery from their worst start since 1991.

It was another showing where the Yankees scored two runs or less, marking the 22nd time this season. That is a showing on par with the likes of Baltimore, Detroit, Pittsburgh and Texas, who all occupy the basement in their respective divisions.

Hours before another sub-par offensive showing, Boone was asked about his team’s offense turning it out around. He went to the track record playbook or as players like to say, “check the back of the baseball card.”

“You’ve seen the guys on our team,” Boone said.

For 57 games, the Yankees have been seen as an underwhelming offensive club and while there is time to get on one of those rolls, the track record is more of the recent sample size and not the record of past achievements.

And the recent events according to hitting coach Marcus Thames are things like tinkering mechanics and expanding the strike zone. It adds up to a .228 average for a team who has seen 8,492 pitches which ranks sixth in the majors entering Thursday night.

Of all those pitches seen 43.1 percent of the hard hit variety with a bulk of it being provided by Giancarlo Stanton (66.3 percent) and Aaron Judge (58.8 percent).

“I know people think, like, we’re just preaching hitting home runs, but that’s not what we’re preaching,” Thames said Tuesday. “We’re preaching that if you get a ball in the zone, you hit it hard.”

So perhaps there are reasons to believe it may turn soon, but it was hard to envision it watching the Yankees allow a complete game to a team who has not had one in over five years.