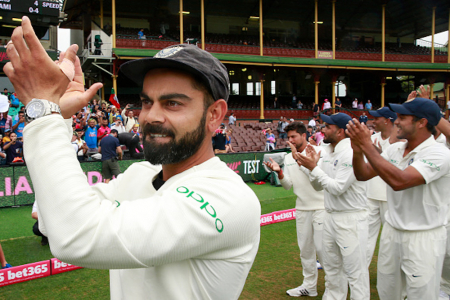 The broadcaster has reportedly has locked in Dream 11, Byju’s, Thumbs Up and Car 24 as co-presenting sponsors, with Skoda, MRF, Cred, NiyoX, Paisabazaar.com, UltraTech Cement, PharmaEasy, as well as Policybazaar.com as associate sponsors.

Star Sports holds the rights to the match as part of the long-term deal with the International Cricket Council (ICC) in 2014. That global media rights contract for the cricket governing body’s major competitions expires at the end of 2023.

Ahead of the final, Star Sports has also released a promotional film capturing the Indian national team’s journey to the final narrated by renowned cricket commentator Harsha Bhogle.

Sanjog Gupta, head of sports at Star and Disney India, said: “The promotional film for the WTC final or ‘The Ultimate Test’ captures the essence of Team India’s journey to the finale and the excitement around this momentous Test match amongst fans of the Indian team. It is appropriate that the first-ever world champion in Test cricket will be crowned on the network.”

The WTC final between India and New Zealand gets underway on 18th June at the Ageas Bowl in Southampton, England.