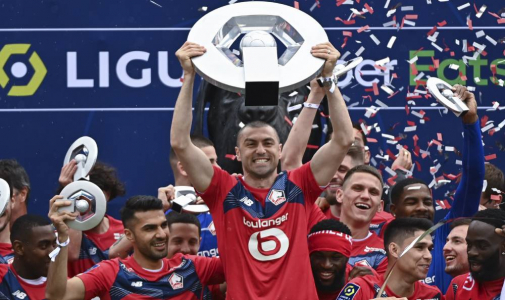 More than 97 per cent of the vote at the Professional Football League’s (LFP) meeting on 3rd June went in favour of the transition, intended to be the first step in a reform of French domestic soccer.

Vincent Labrune, president of the LFP, said on the league body’s website: “It’s a very good decision which shows the unity of the players in French football.

“Above all, it makes it possible to create the conditions for an ambitious reform plan for the future .”

The clubs, however, could not reach an agreement on the league’s broadcast strategy from next season, with L’Équipe reporting that the LFP chairmen were not satisfied with the proposals. The preferred option, according to the report, is the creation of dedicated channel jointly financed by pay-television broadcasters BeIN Sports and Canal Plus until the end of the 2023/24 season.

The potential new channel would show all Ligue 1 games per match week not picked up by Canal Plus, and all matches from Ligue 2.

The LFP is reported to seeking a fixed fee from BeIN and Canal that averages €600 million (US$726 million) per season, excluding any bonuses.

However, there are a number of moving parts. BeIN reportedly wants to reduce its €30 million ($36.3 million) per season fee for the top pick Ligue 2 games to around €20 million (US$24.2 million) and then pay for the production costs of all matches in the second tier that would be aired on the new French soccer service.

BeIN is also purportedly seeking to reduce the €80 million (US$97 million) annual fee it pays for overseas Ligue 1 rights, a contract the LFP had previously said was undervalued.

According to L’Equipe, Canal Plus is seeking to upgrade its current match picks, sublicensed from BeIN, and is prepared to up its annual fee from €330 million (US$399 million) to as much as €380 million (US$460 million) per season.