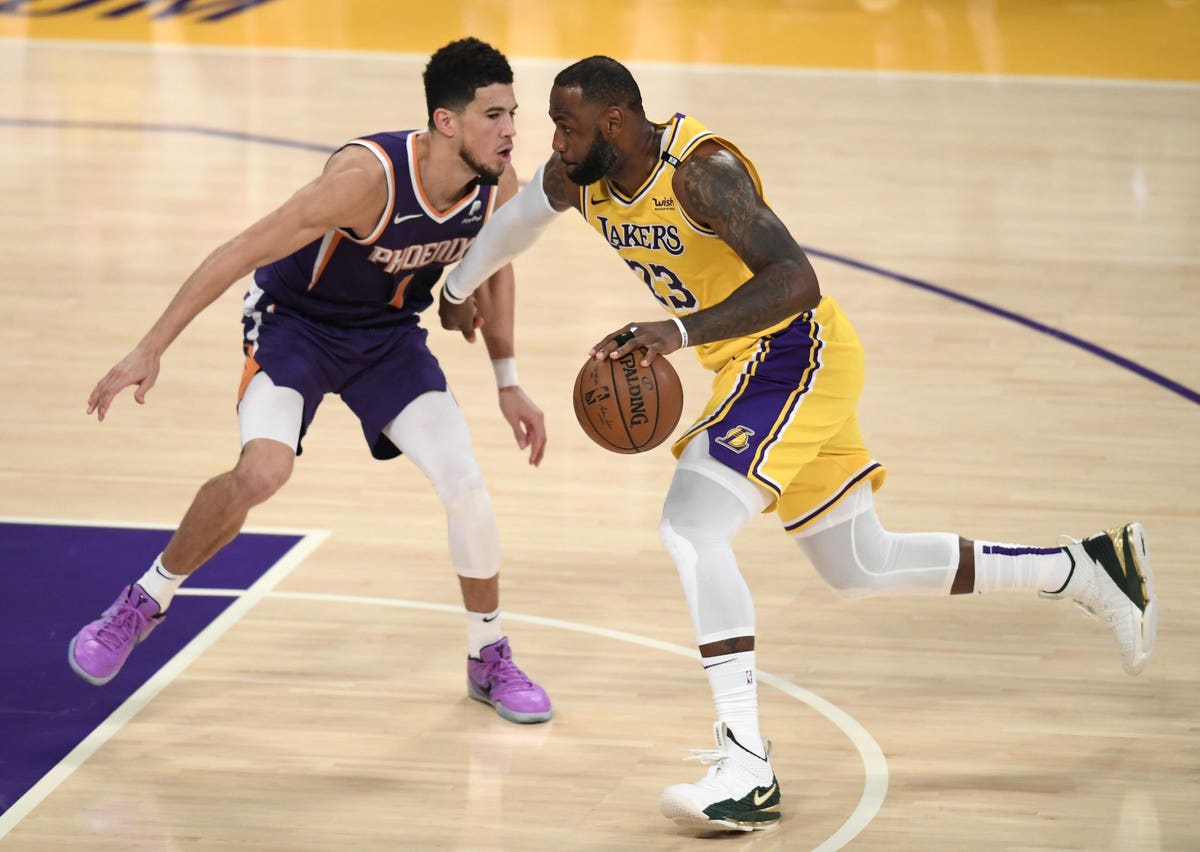 The King is done.

For the first time in his legendary career, LeBron James has lost a first-round playoff series.

James and the defending NBA champion Los Angeles Lakers were humbled by Devin Booker and the Phoenix Suns, 113-100, in Game 6 at Staples Center and lost the series 4-2. James had been a perfect 14-0 in the first round prior to losing to the rising Suns, who were led by Booker’s 47 points and 11 rebounds.

Here’s a look at LeBron’s unprecedented loss By the Numbers:

1 — Number of teams remaining who made the Final Four in the Orlando bubble last summer. With the Lakers, Miami Heat and Boston Celtics all bowing out in the first round, only the Denver Nuggets remain from the teams who reached the conference finals in the bubble.

2 — The number of players with a better series record in first-round matchups than James. Robert Horry and Derek Fisher were both 16-0 in opening rounds. For comparison’s sake, Karl Malone and John Stockton were both 10-9, Michael Jordan was 10-3 and Kobe Bryant was 13-2. James is now 14-1-.

3 — James and the Lakers never led in Game 6. It was just the third time in LeBron’s career he lost a playoff game while never leading.

14-11 — James’ record in elimination games. His Cleveland teams were 9-8 when facing elimination, his Miami teams were 5-2 and he’s now 0-1 with the Lakers.

21 — James’ teams once won 21 consecutive first-round games, a stint spanning 2012 through the start of the 2018 playoffs with Miami and Cleveland.

+450 — The Lakers were the 2nd favorite after the Brooklyn Nets to win the NBA title. The Clippers are the 3rd favorite and if they lose Game 6 to Luka Doncic and the Mavericks Friday night, 2 of the top 3 favorites will be out.