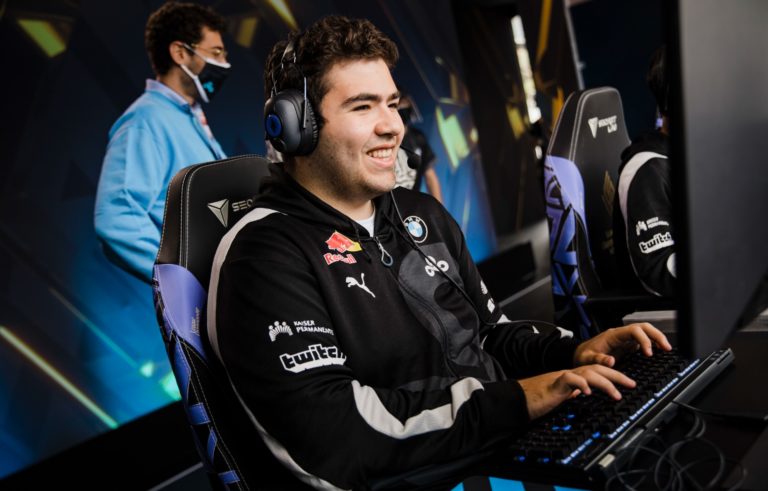 The LCS is back.

North America will be the first of the four major League of Legends regions to kick off the Summer Split this season. The LCS will get a headstart on the rest of the world mostly due to the fact that the league has more games scheduled this summer than it has had at any point in the last four years. Each team will get to play 27 times between this weekend and August, setting up a lengthy split of games for each of North America’s contenders. Additionally, each team in the league will retain its record from the Spring Split. North America’s 10 squads will pick up exactly where they left off in the 2021 LCS Spring Split

With those factors in mind, we surveyed our team of League writers and reporters, asking them how the squads of the LCS stack up against each other going into the Summer Split. Here are our LCS power rankings ahead of the 2021 Summer Split.

These three teams had a tough Spring Split. FlyQuest, Immortals, and Golden Guardians all missed the Mid-Season Showdown by relatively sizable margins. The difference between the playoff contenders and non-playoff teams in the LCS is pretty drastic. But luckily, for these franchises, the Summer Split playoffs will see eight squads reach the bracket as opposed to the six who advanced to the postseason back in the spring.

While winning an LCS title isn’t going to be in the cards for any of these three teams right now, getting as many games as possible in for their pieces of young talent should be a top priority. A triple round robin with 27 games to play this summer will most definitely be a boon for rising stars such as Josedeodo of FlyQuest, Revenge of Immortals, and Iconic of Golden Guardians, to name a few.

In need of a summer surge: Evil Geniuses, Dignitas, CLG

Evil Geniuses and Dignitas both made the Mid-Season Showdown last split and only EG made a roster move between splits, replacing Deftly with Danny in the AD carry position. This shouldn’t be as big of a swap as, say, Zven for K1ng, in terms of skill, but only because Zven has been the most consistent ADC in the LCS over the last few years. Deftly wasn’t the reason why EG didn’t rise higher, it was inconsistency from Jiizuke and former LCS MVP Svenskeren. If Danny can integrate quickly and EG’s mid-jungle can find consistency, this team could crash the top-three party.

Speaking of dark horses, there’s plenty to like about CLG. The end of the spring saw them rattle off four wins in five games, two of which came against Team Liquid and Cloud9. And after the final iteration of CLG’s roster finally got some playing time together, their highs were visible. CLG sit only two games out of a playoff spot as of now and they’re expected to make it. The combined experience of the players on the CLG roster alone should almost guarantee them a top-six finish, and Broxah and Finn have something to prove to the LCS.

Unfortunately for all of the NA homers out there (of which I consider myself one), Dignitas feel like the team in this chunk that, while they didn’t overperform, they might have hit their ceiling. More playing time will only help out the neutral fan’s favorite team, but that same added playing time will help CLG out even more—and CLG and EG simply have higher ceilings. While I desperately hope that Dignitas prove us all wrong again, I think the best fans can hope for from them is a top-six finish and an early exit from the Summer Split playoffs.

And now we start getting into the stronger teams of the season. During the 2021 Spring Split, TSM and 100 Thieves had enough juice in the tank to push them out of the league’s soup around fifth place and below, but continuous lagging problems prevented them from shifting into the next gear that would have elevated them into contenders.

100 Thieves, for example, had glimpses of greatness from the roster it acquired from Golden Guardians at the end of 2020. But the team’s star top laner Ssumday struggled to find cohesion with Closer all throughout the spring. This new development, combined with the constant changes in the mid lane, meant the roster couldn’t lock down any consistency with their play. By committing to one starting mid laner in Abbedagge and signing a trusted, talented coach in Reapered, 100T will aim to figure out what playstyle they wish to execute as they adapt to the new members of the team.

TSM, once again, fell short during the 2021 Spring Split playoffs after having looked so strong near the middle of the split. Like most top NA teams, consistency was a struggle for a team that seemed to have the best mid-to-late game in the league. The lineup might have tried too hard to fix their nagging early-game issues, because in the playoffs, they couldn’t emulate the same late-game heroics that we saw in the regular season, while also struggling a lot more pre-15 minutes, according to Oracle’s Elixir.

With a full midseason break under their belt, TSM fans will hope that the roster has gelled more and Bjergsen has gotten more accustomed to the coaching role as they look toward capturing yet another LCS trophy.

C9 and Liquid battled it out in the Mid-Season Showdown finals, where the two teams pushed each other to the brink in a thrilling five-game series. Now, in the Summer Split, the league’s two leading squads should be expected to duke it out all the way down the stretch.

C9 hold an obvious edge over Liquid as things stand, considering they won the LCS during the spring. But don’t underestimate Liquid’s ability to keep things close. Liquid pushed C9 to the edge of elimination during the Spring Split finals, holding a 2-1 lead over the eventual North American champions before ultimately losing the final two games of the series. Liquid played that series with a substitute jungler in Armao, but if the full roster is able to gel together throughout the summer, Liquid could be a serious title contender come playoff time.

Coming into the Summer Split, Liquid sit just one game behind C9 for a share of first place thanks to the changes to the LCS schedule. With a record of 13-5 heading into the summer, C9 will need to jump out on some sort of run before teams like Liquid and potentially even TSM start to gain ground on them.

A roster change at the AD carry position leaves C9 with several question marks ahead of the split. But with a bit of international experience under their belt, the other four players on C9 should look more refined in the summer, at the very least. With the undisputed best players in the region at three of the five positions on the Rift in Blaber, Perkz, and Vulcan, there’s no reason to believe that this C9 roster can’t win another LCS title this summer.