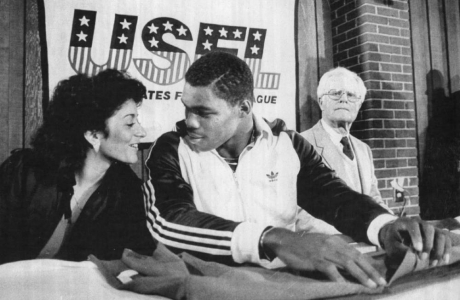 US media giant Fox has acquired a minority stake in the United States Football League (USFL) as part of its domestic broadcast partnership with the returning spring football league.

The USFL, which had a run in the 1980s, is set to return in 2022 with a minimum of eight teams for its comeback season.

The USFL said that more details about the franchise cities, head coaches, and game schedules will be announced at a later date, but that it has retained rights to key original team names.

“I’m extremely passionate about football and the opportunity to work with Fox Sports and to bring back the USFL in 2022 was an endeavour worth pursuing,” said Brian Woods, co-founder of the new USFL, as well as founder and chief executive of The Spring League (TSL).

“The relaunch of the USFL is a landmark day for football fans and Fox Sports,” said Eric Shanks, Fox Sports chief executive and executive producer.

“Football is in our DNA and the return of this innovative and iconic league is a fantastic addition to our robust slate of football programming.”

Initially launched in 1983, the USFL originally was an upstart spring football league consisting of 12 teams. It collapsed after former US president Donald Trump urged a move into the fall to compete with the National Football League (NFL).