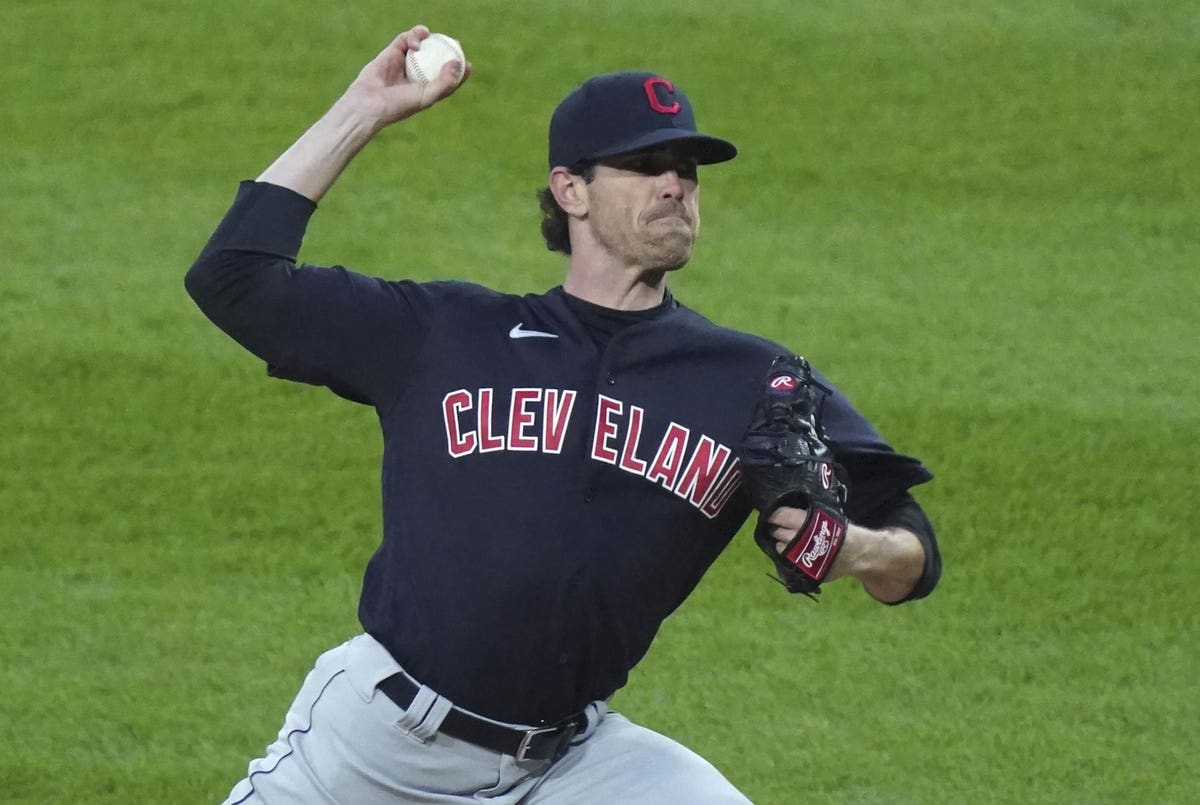 Quality starting pitching has been the hallmark of Cleveland Indians teams for quite some time.

Consider that in the recent past, Cleveland relied upon a core group of strong, right-handed starting pitchers that were consistent, top quality performers. They fashioned a string of winning team records and postseason play in the American League.

For several years, manager Terry Francona could trot out the likes of Corey Kluber, Carlos Carrasco, Mike Clevinger, and Trevor Bauer. Each of those pitchers gave the team a chance to win every time they took the ball. They were among the finest top four starters in the game. Kluber and Bauer have been voted to the American League All Star Team. Kluber three times.

In 2019, the Indians traded Trevor Bauer to the Cincinnati Reds. They traded All Star Corey Kluber to the Texas Rangers.

The following year, Mike Clevinger was traded to the San Diego Padres.

Carlos Carrasco lasted the longest. He was traded in 2020 to the New York Mets, along with All Star shortstop Francisco Lindor.

The Indians have not had a losing season since 2012, when the team record was 68-94. It was the last time they failed to finish with a winning percentage above .500.

In fact, the lowest winning percentage since that 68-win season took place in 2015, when the team finished with a record of 81-80.

Cleveland has had winning records without producing an abundance of offensive firepower. But prior to last season, the team batting average never fell below .250 since the 2010 season, when the team hit .248. The team offered enough runs to support quality pitching.

Last year, in the shortened 60-game season caused by the pandemic, the Indians hit only .228. The low team batting average and challenged offense occurred in the first year without Bauer, Clevinger, and Kluber on the mound. As it turns out, Carrasco was completing his final year in an Indians uniform. He started 12 games. But the Indians landscape had changed.

While the Indians were slowly bidding farewell to their stellar group of starters, a new All Star performer joined the team’s rotation.

Shane Bieber, a 6-3, 200 pound right-handed was a former 4th round Indians draft pick out of the University of California at Santa Barbara. He joined the rotation in 2018. Since his arrival, his impact has been tremendous.

Bieber made the All Star Team in 2019, helping his team win the game for the American League. He was named the Most Valuable Player in the game. He went on to finish the marvelous season with a 15-8 record and a sparkling 3.28 ERA. He threw three complete games and two shutouts.

Last year, Bieber won the American League Cy Young Award, finishing with a record of 8-1 in his 12 starts. His ERA was a stellar 1.63. He struck out an average of 14.2 hitters per nine innings.

While Bieber isn’t quite as sharp this year as last, he is still having remarkable success with a knuckle-curve and solid secondary pitches that compliment his much better than average fastball, which sits at 93 miles per hour.

Given an offense that still doesn’t induce fear into the opposition, Bieber’s colleagues in the 2021 Indians rotation are a bit of a revolving door. The stability that was present for years with Kluber, Carrasco, Clevinger and Bauer is now only a memory.

In addition to Bieber, the Indians were hopeful right-handers Zach Plesac, Aaron Civale and young, 25-year old Triston McKenzie would be joined by left-hander Logan Allen to start the season as a young, rather inexperienced, but promising rotation.

A solid starter, Plesac suffered a non-displaced thumb fracture while removing his game jersey after a rocky start and is on the injured list. McKenzie had trouble commanding his repertoire and was dispatched to Triple-A Columbus for more seasoning. He was recently returned to the rotation due to a taxing consecutive game schedule that required a deep starting rotation. He showed some improvement in his latest outings, but can that sustain? He has work remaining to find consistency.

Logan Allen made five early season starts. He had a record of 1-4 with a 9.19 ERA and 1.72 WHIP in 15.2 innings pitched. Allen yielded 20 hits and walked seven before he was sent back to Columbus.

Sam Hentges, a huge, 6-6, 245 pound, 24-year-old lefty has made four starts for Cleveland. So far, he has shown a promising repertoire, but he is having trouble commanding his pitches. He has a 7.15 ERA and 2.07 WHIP as he tries to get his bearings facing the best hitters in the world at the big league level. Hentges is a work in progress.

Short of a starter due to the Plesac injury and too many consecutive games, the Indians promoted 25-year old Elijah Morgan from Columbus to start on a cold, windy day in Cleveland. In fact, winds were gusting more than 50 miles per hour May 28 when Morgan faced the Toronto Blue Jays. He lasted 2.2 innings, yielding six runs and eight hits. He walked two and gave up a home run. It was a nightmare scenario for the young, 25-year-old right hander.

Looking for the correct equation, Bieber, Civale, Hentges, McKenzie, and maybe right-hander Jean Carlos Mejia may form the rotation for the Indians in the coming days.

Mejia’s major league debut took place out of the bullpen against the Minnesota Twins on May 21, 2021. He threw 2.1 innings of one-hit relief, striking out five without walking a hitter. He was outstanding.

The 24-year old Mejia was an international free agent out of the Dominican Republic who began pitching stateside for Cleveland in the Arizona Rookie League in 2017.

To this scout, if given the opportunity, Mejia could become a significant member of the Indians starting staff.

Due to trades of impact starting pitchers, and a current serious injury, the Cleveland Indians are depending upon a very young, very inexperienced group of pitchers as they cobble together a new starting rotation.

With an American League Central Division that still seems within reach, the Indians face an uphill climb to catch the surging Chicago White Sox in the standings.

The White Sox have a superb starting rotation that includes lefty Carlos Rodon at the top. Rodon threw a no-hitter this year and is having a career year. He is joined by right-hander Lucas Giolito (no hitter in 2020) as well as right-handers Dylan Cease and veteran workhorse Lance Lynn in addition to ground-ball throwing lefty, Dallas Keuchel.

The White Sox are challenged by injuries to impact offensive stars Eloy Jimenez and Luis Robert. But they clearly have shown more firepower than Cleveland’s offense so far this season.

If the Indians are going to compete for a postseason berth, they will likely have to score more runs by improving offensive production as well as determine a consistent starting rotation that can give the team a chance to win every game.

Taxing a young bullpen due to ineffective starting pitching could take a toll if the Indians starters fail to go deep in games.

Shane Bieber is an All Star quality starting pitcher. Aaron Civale has been mostly good, but has had some hiccups in starts. Beyond those two, Cleveland’s young, inexperienced starting pitchers will be counted upon to learn and grow on the job.

There is promise and upside in the Indians current starters.

In addition to Shane Bieber and Zach Plesac, Triston McKenzie has a world of talent. But he’s young and relatively untested. Sam Hentges will have to learn how to throw strikes consistently. Jean Carlos Mejia can be a huge surprise if he remains calm and in control. And perhaps Zach Plesac can return strong and healthy.

For now, Cleveland Indians fans will have to get used to the growing pains of a new group of starting pitchers.

Fans will miss the superb starting pitching that Corey Kluber, Carlos Carrasco, Mike Clevinger and Trevor Bauer offered for a few amazing seasons. Now the team must sort through young pitching options to try to find the next success story to compliment All Star Shane Bieber.