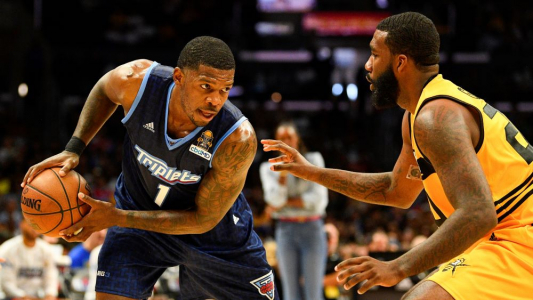 Social media company Triller has made a move into basketball by becoming a broadcast partner of American rapper Ice Cube’s Big3 three-on-three league.

Triller’s package also includes rights to the Big3 draft on 14th June and exclusive coverage of the league’s inaugural all-star game, which the pair said will feature appearances from musical acts.

In addition, Ice Cube and Big3 players will create accounts on short-form video platform Triller in order to provide unique and exclusive content to fans throughout the season, which gets underway on 10th July in Las Vegas.

The agreement also calls for Triller signage to feature courtside at all Big3 events and venues.

The financial terms of the deal have not been made public, but CNBC reports that the two parties will share advertising revenue earned from events.

Ice Cube and his fellow co-founder Jeff Kwatinetz said in a joint statement: “The Triller platform has massive reach, especially with our younger audiences and Big3 is the perfect combination of sports and entertainment for that demographic. It made perfect sense to bring Triller on as an exclusive partner for this year and we can’t wait to give fans something they’ve never seen before.”

Triller, which is used by musicians, celebrities and athletes, claims to have more than 300 million users worldwide.

The company’s efforts in sport have so far been focused on boxing. Last year Triller Fight Club launched with an exhibition fight between Mike Tyson and Roy Jones Jr. It has since promoted the bout between YouTuber Jake Paul and former Ultimate Fighting Championship (UFC) athlete Ben Askren, while it also has the promotional and broadcast rights for the 19th June fight between Teófimo López and George Kambosos Jr.