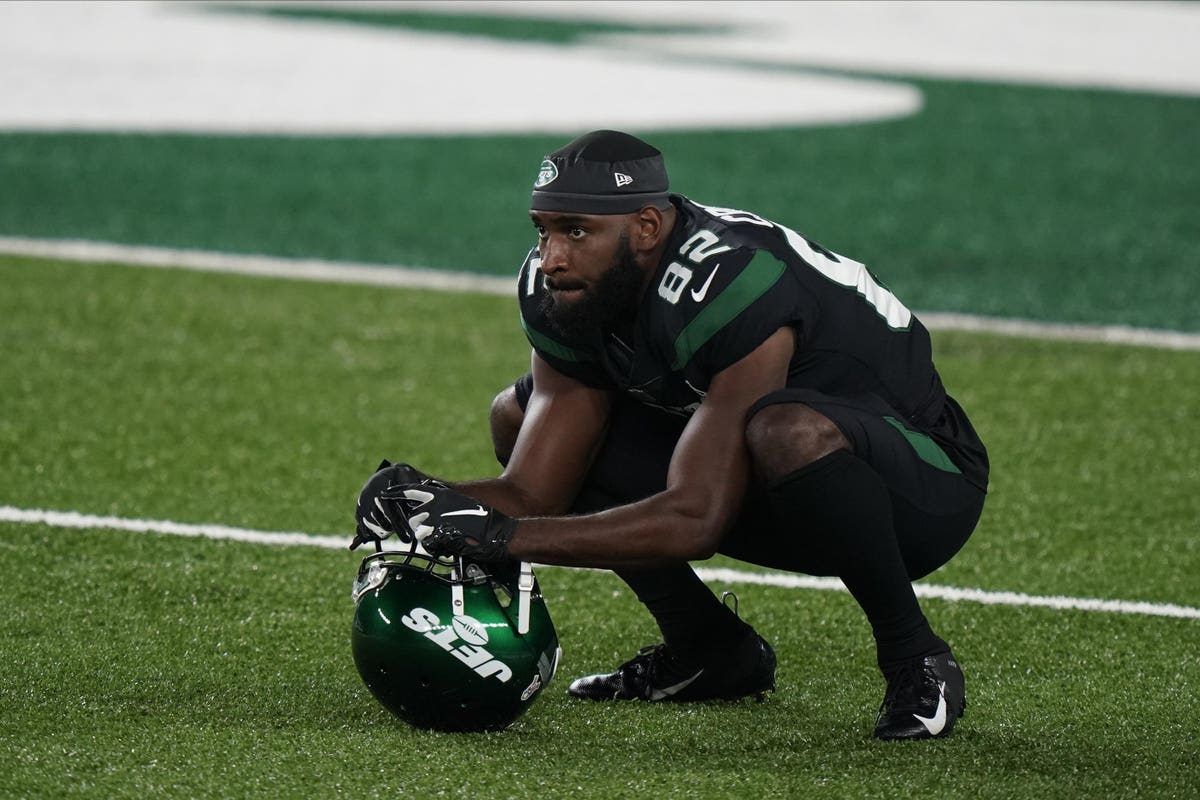 Jamison Crowder’s quick first step off the line of scrimmage often can make him elusive to opposing slot cornerbacks.

But the veteran wide receiver has been even harder to pin down during the New York Jets’ Organized Team Activities the past two weeks, literally being invisible. That is noticeable on a squad which, for the most part, has bought in under rookie head coach Robert Saleh.

The former San Francisco 49ers defensive coordinator was asked during his media Zoom session Friday morning about Crowder’s absence, and to his credit, admitted the obvious.

“He’s working through some stuff with (his) contract with Joe (Douglas) and his staff and (Crowder’s) agent and all that stuff,” Saleh said, “and we’re really confident to get Jamison here quickly and when we do, he’s definitely got a role for this team.”

Reading between the dotted lines of the contract Crowder signed with New York before the 2019 season, it is apparent the Jets would like to restructure it. Crowder, a seventh-year pro, is set to make $10.375 million in 2021, but none of that is guaranteed. And the Jets’ decision to select Mississippi wide receiver Elijah Moore, who does much of his pass-catching business from the slot, would seem to make Crowder’s presence on the Jets somewhat superfluous.

By cutting him now, the Jets would save $10.375 million in cap space, while incurring $1 million in dead money.

However, keep in mind the fact the Jets already have made it clear they see the versatile Moore, who had 25 of his 86 catches last season lining up away from the slot, as a gamebreaker who can line up anywhere in order to keep defenses guessing as the Jets try to amass as many weapons as possible for rookie quarterback Zach Wilson. Thus, perhaps there is a place for Crowder in green and white.

At the right amount of green.

When asked if his answer meant the Jets are seeking to restructure Crowder’s deal, Saleh at first said, “That would be more of a Joe question,” referring to general manager Douglas. Later, when asked to clarify, the coach reiterated that “Jamison’s definitely got a role here and we’re excited to have him.”

Crowder currently carries a cap figure of $11.375 million, third-highest on the team, per overthecap.com. Obviously, it makes no sense for him to come to voluntary practices, because if he gets hurt, his bargaining power to sign with another team should he get cut by New York would be gone. But Crowder also must consider, given the Jets’ suddenly crowded receiving corps, if there is enough of a workload to be shared.

Douglas already was able to get veteran guard Alex Lewis to restructure his deal recently, saving the Jets nearly $2 million against the salary cap this season. Lewis is expected to compete for the starting job at right guard.

If the Jets cut Crowder, he likely would find employment rather quickly, even though he missed four games last season because of injury. His sure hands and precise route-running make Crowder (358 career receptions) an ideal slot receiver, and Detroit might be a good landing spot, where new quarterback Jared Goff could use a veteran. At this point, former USC star Amon-Ra St. Brown, who feel to the fourth round of this spring’s NFL Draft, appears to be the frontrunner for slot duties.