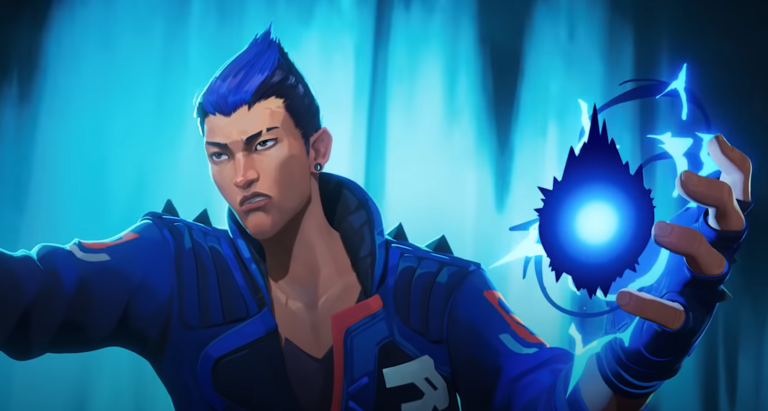 VALORANT’s Yoru is definitely not high on the duelist tier list, with nearly every other agent in his class being a better pick. While the mind-gamer finally made his first appearance at VCT Masters Two Reykjavík today, it didn’t go too well for Team Vikings.

Brazilian pro Gustavo “gtnziN” Moura locked in Yoru twice during Vikings’ lower bracket series against EU powerhouse Team Liquid, a pick that surprised fans and casters alike. Gtn typically plays Raze, selecting the explosive duelist in Vikings’ previous two matches against X10 Esports and Sentinels. Even though Yoru mains around the world wanted the pick to work out (myself included), gtn had a low impact while Liquid ran away with the series.

There are several variables that make analyzing the Yoru pick a bit complex. For one, Vikings were up against one of the strongest teams in the world in Liquid. Gtn could presumably have played any other duelist and the result would’ve been the same. And Leandro “frz” Gomes didn’t fare much better on Jett, despite her being the most popular pick at the tournament. But for Yoru’s first showing at Masters Two, it wasn’t a good one.

Gtn had a match-low eight kills on Ascent, the series’ first map, followed by a more respectable 11 frags on Haven. While Vikings got swept, there were glimpses of great execution with Yoru. And both Ascent and Haven are decent maps to play Yoru on since they have long sightlines that the duelists’ kit can exploit. In the tenth round of Haven, for example, gtn used Yoru’s ultimate to quickly push onto the C site through Garage and get behind James “Kryptix” Affleck. Gtn’s teammates pushed simultaneously through C Long, causing enough distraction for gtn to take out Kryptix and capture the site effortlessly.

The pick itself was exciting due to how much outplay potential Yoru offers. His teleport and ultimate give him the unique ability to get behind enemy lines undetected and create space. And he can fake out opponents with footsteps to feint onto one site while your team pushes on another. But a lot of Yoru’s strategies are gimmicky, difficult to pull off, and can get predictable, especially in the pro scene. There are better flashes, lurkers, and entry fraggers in the game.

Gtn’s Yoru ultimately wasn’t successful and potentially put Vikings at an even bigger disadvantage. It was largely underwhelming and it seemed like gtn and frz could’ve worked better in tandem to execute onto sites together. And Liquid were strategic, tactical, and oppressive, making it even harder for Vikings’ Yoru plays to develop over the course of a match.

Riot seemingly understands that Yoru needs more love, with future balancing changes on the horizon. Character producer John Goscicki explained today that the devs are looking to pump more power into Yoru’s kit, such as making Fakeout a “more impactful ability.” And until that happens, pro players should probably opt for another duelist.

While Vikings were eliminated from Masters Two, Liquid will take on Fnatic in a regional lower bracket matchup tomorrow at 12pm CT.