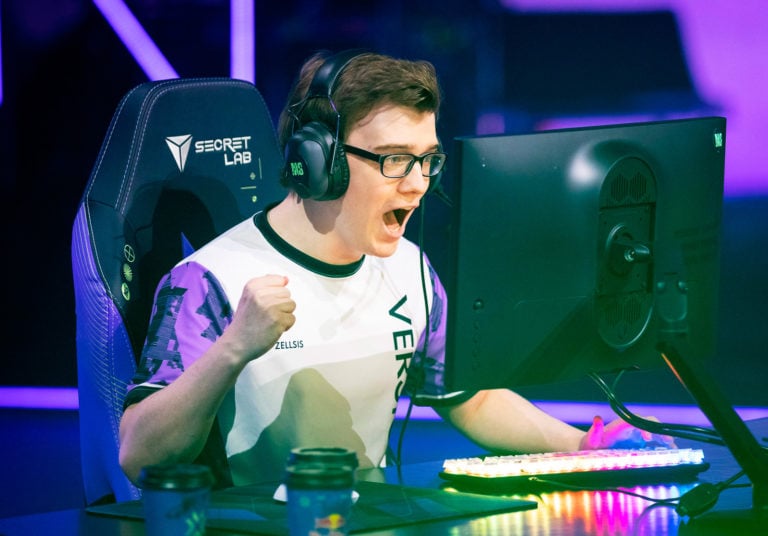 After a storybook start to VCT Masters Two Reykjavík, the darlings of North American VALORANT are out of the tournament. Following a 2-0 loss to Fnatic today, Version1 have been eliminated, finishing with a top-six placing but still earning $40,000 and 200 VCT points.

V1 have faced many obstacles in their sudden rise to international prominence, most notably having to travel to Iceland with stand-in Jamal “jammyz” Bangash instead of their newest addition Maxim “wippie” Shepelev. V1’s Jordan “Zellsis” Montemurro had high hopes for his team prior to the last-minute substitution but now has even higher expectations for the next stage.

“I think if we had wippie, we would have placed top two in this tournament easily,” Zellsis told Dot Esports after the Fnatic match. “Before we came here, we only had a week-and-a-half practice with wippie to even make Iceland, and we made it. So I think we’ll go back and we’ll be even better than we were before. For me personally, expectations are pretty high considering what we’ve done with wippie in a week’s practice and what we did here with a stand-in and even less than a week’s practice.”

With less than a week’s practice with jammyz, Version1 still made a lasting impression at VALORANT’s first international LAN. Zellsis had an MVP performance in their opener against Crazy Raccoon. The entire V1 team played tremendously in their comeback stunner over Team Liquid, where they defeated the favorite out of EU on Ascent for the first time after 18-straight Liquid wins.

But suffering two straight losses to both NUTURN Gaming and Fnatic is an agonizing way to be eliminated, especially considering how close both series were. Three of the four maps they lost to those two teams went to overtime, with the exception being Fnatic’s dominant display on Ascent. Fnatic’s level of play was so impressive that it found a new admirer in Zellsis.

“I personally want to go back and watch a lot of Fnatic VODs,” he said. “I want to watch their future games. I think they use utility really well, I think they use teamwork really well. Boaster and Derke have really good synergy together, and Boaster supports really on the characters he plays, so I’m curious to see how they set that up. I’m a big fan of Fnatic right now.”

Version1’s level of synergy and comfort with each other is already a foundational aspect of their success. And that pillar getting stronger, combined with the return of wippie to the starting lineup, only spells trouble for the rest of NA and anyone who meets them at future LANs.

While the story of their first LAN didn’t have the fairy-tale ending they and NA supporters had hoped for, Zellsis and crew are happy that they still proved themselves up on the big stage.

“We came to this LAN with no expectations, especially with a stand-in,” Zellsis said. “We just wanted to come here, have fun, make a show for the viewers, and I think we did that. We wanted to see what we could do with a stand-in, and I think our core did pretty well, and Jammyz did well as well. Our overall mission was to come and see what we could do. We beat Liquid, every game was close, I think we should have won Icebox vs. Fnatic, and on Ascent they just played well.”

Fnatic, meanwhile, move ahead in the lower bracket and await the winner of Team Vikings vs. Team Liquid, meaning there’s a chance for VCT viewers to get their first taste of domestic competition on LAN if Fnatic and Liquid meet. But even though he’s recently become a big fan of Fnatic, there’s only one team Zellsis is pulling for to win the whole thing.

“I just want Sentinels to win for NA,” he said. “We couldn’t get top three or get to the grand finals for NA, so now it’s all on Sentinels’ shoulders. I still think they’re the best team here, even after playing Fnatic, and I hope Sentinels win but I hope to see a Sentinels-Fnatic [grand] final.”