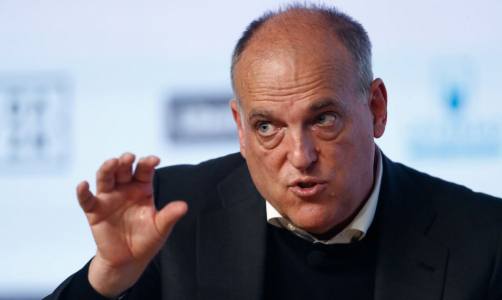 Europe’s soccer leagues and clubs are preparing to push back on Uefa’s Champions League reforms in the wake of the European Super League’s (ESL) collapse.

Controversial changes to the continent’s premier club competition from 2024 – including increasing group stage matches from six to ten and awarding two qualification places based on historic performance – were approved by European soccer’s governing body last month but were completely overshadowed by the launch of the Super League.

The changes were viewed as compromise measures which would favour the continent’s biggest clubs and ward off the threat of a Super League – something they clearly failed to achieve.

Following on from the Super League’s swift collapse, Premier League chief executive Richard Masters has now called for a “rebalancing” in how European soccer is governed, towards the leagues, the wider group of clubs and supporters, rather than a system which is dominated by the small group of elite teams.

Javier Tebas, president of Spain’s La Liga and the host of Thursday’s Club Advisory Platform (CAP) of the European Leagues umbrella group, believes the breakaway competition’s demise has changed the nature of the discussions.

“I think with this collapse, and the shock, I am sure that everyone – Uefa and the leagues – is now more open to defending our own ecosystem,” he said.

“I’m totally convinced there will be agreements within Uefa because of the dangers of this Super League ideology that still exists.”

Tebas described the historic co-efficient places as a “short cut” to success, and said jumping from six matches to ten under a new ‘Swiss model’ format was very risky.

“What is really striking for us and what really worries the leagues is that if they go to ten matches, this cannibalises the value of the broadcasting rights nationally for each of the different leagues,” he said.

“The best thing would be eight matches. For me it would be better [to be] six, but we could agree to eight. If we try eight matches and we see that it doesn’t cannibalise the national markets, then maybe we could go up [to ten matches].”

Anthony Blackburne, European Leagues’ business development and knowledge centre manager, said the Uefa formats were not yet set in stone and that negotiations would continue until the end of the year.

“Uefa has mentioned that potential adjustment to the format that was approved on 19th April could still be made if necessary,” he said.

“Obviously there is a lot to be debated and discussed over the coming months.”

Meanwhile, Tebas has also claimed that Fifa president Gianni Infantino supported the ESL project because the clubs had given him guarantees they would play in a new-look Club World Cup every year.

Infantino said last week it was his job to speak to clubs large and small but that this did not mean soccer’s global governing body “was behind, was colluding, was plotting, [on] any Super League project”.

Tebas remains convinced that documents he has seen clearly illustrate Infantino and Fifa’s involvement in the development of the Super League, and set out what he saw as the Fifa president’s motivation.

Tebas believes plans for an annual Club World Cup featuring the Super League clubs and holding national team men’s and women’s World Cups every two years were interlinked, and tied up in a Saudi-backed investment.

Tebas said in order to attract the funding required for a new Club World Cup, Infantino was told it would need to be an annual event with the participation of Europe’s big clubs guaranteed.

The Spaniard said it was no coincidence to him that Saudi Arabia, a major backer of Softbank which he claims is prepared to support Fifa’s projects, happened to be the national association which last week suggested a study looking at the impact of biennial World Cups, a study which will now go ahead.

“Infantino supported the Super League because [the founder clubs] guaranteed that they would participate in the Club World Cups,” Tebas said.

“That is the strategy for Fifa, I’m not inventing it.

“The strategy is to launch everything at the same time so that Softbank can come along, put up the money and finance the entire project.

“Infantino’s ideas were very clear. With the Super League [he] would manage to get the Club World Cup and the participation of the big teams and he will get their support to ensure that we can have a biennial World Cup.

“It means what they can do is empty the assets from the national leagues.

“The Super League ideology is now within Fifa – it’s as if they also believe in that, and it’s affecting football negatively in general.”

Fifa declined to comment on Tebas’ latest claims when approached by the PA news agency, and simply referred back to Infantino’s remarks at Fifa Congress on 21st May.

Infantino said soccer should not look outside its existing structures to address the challenges facing it, but said there was a need to start “with a blank sheet of paper” when looking at how competitions and the schedule should look when the new international match calendar starts in 2024.

On Wednesday, Fifa launched a new consultation process aimed at ‘planning and shaping the football of tomorrow’.

Tebas believes Fifa’s plans for new competitions, and shorter intervals between existing competitions, will place indirect pressure on leagues such as La Liga and the Premier League to reduce to 18 clubs, but said: “We are going to defend it, legally if necessary.

“We’re not stupid and we’re not going to allow that.”