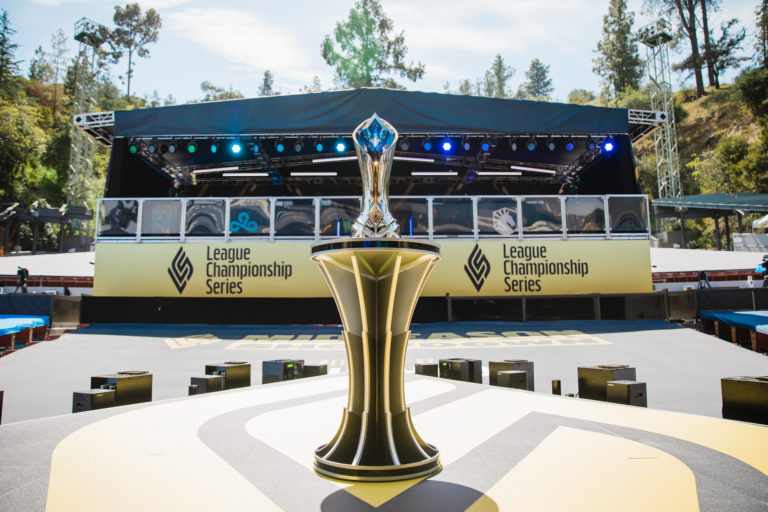 The dust has finally settled and the confetti is being swept up from the floor in Reykjavík, Iceland. The Mid-Season Invitational came to a close last weekend, and for North American fans, it was a roller coaster of an event.

After having their chance to compete at MSI snatched away last year due to COVID-19 cancellations, Cloud9 made sure to embrace the next opportunity they got at the international event by winning the 2021 LCS Spring Split again. But once they reached Iceland, they gave LCS fans equal parts happiness and heartbreak.

With only three spots available at Worlds, every NA League of Legends team will need to regroup and retool for the nine-week marathon that is the 2021 Summer Split, especially at the top of the standings since each team’s Spring Split record will carry over into the summer for playoff seeding. But what do the top teams need to do in preparation for the competition? Here’s a quick rundown of what the top four squads should try to focus on improving before the LCS begins again on Friday, June 4.

There’s much to take away from C9’s performance at MSI 2021. In the span of 12 days, North American fans were given so much hope for a great tournament run, only for it to be crushed at the last moment. But looking ahead to the summer and beyond, there are plenty of things to be happy about—and plenty of things to work on as well.

First off, Perkz still needs some time to adjust to his role on C9. Over the past few months, the star mid laner hasn’t been as showstopping as we’ve come to know him to be and his early gameplay during MSI 2021 was surprisingly weak as well. Maybe he still needs some time to readjust to mid lane duties since he spent so much time playing in the bottom lane, but the team needs him to get back into his full form soon.

Fudge, on the other hand, has proven himself to be a bonafide threat in the top lane who can play a plethora of champions like Sion, Lee Sin, Jayce, and Irelia. He’s taken on some of the best in the world over the past five months—including Khan, Armut, Xiaohu, Ssumday, and Alphari—and it’s about time that the team gives him more rein with his champions and let him become a true carry on this three-headed C9 monster.

Give him more airtime on the big-name picks, throw him more resources, and see how he deals with the added pressure. This season is also a perfect place to experiment a bit since there are plenty of games to play in the 2021 Summer Split’s nine-week course. If his growth continues on this sky-high trajectory, we could be witnessing the birth of a new superstar in the LCS.

The most recent LCS finals matchup could have gone either way. But after a tight five-game series, C9 stood tall over Team Liquid in one of the most exciting battles of the season so far. Without Santorin in the starting lineup, the team’s potential was lowered severely, but they were still able to force a full series against the best team in the league.

Although there were some mistakes made by TL, these issues can still be rectified with time and hard work. During this break, however, this roster should have tried to identify which side of the map they want to prioritize so that they can stay on the same page throughout the summer. In an interview earlier in the 2021 Spring Split, Santorin told Dot Esports that he “still [has] to adapt to that playstyle” where you can choose which star to play through.

To simplify their gameplan, Liquid should figure out which side of the map they definitively want to play toward for now. Flexibility is important with superteams, but while they’re still spinning their wheels, consistency is a lot more crucial to nail down before anything else. How can you perfect the art of flexibility when you haven’t been able to nail down one style of play?

TSM: And simplify some more

TSM’s playoff run was one to forget. The team hadn’t looked great since their series against 100 Thieves, where they made some big mistakes that were negated because their opponents made even bigger mistakes later down the line. But their mistakes can also be addressed in a similar way to Liquid’s.

Their early game—which was notoriously weaker than most top LCS teams—was even worse in the Mid-Season Showdown, with a disappointing -974 average gold difference at 15 minutes, according to Oracle’s Elixir. In comparison, TSM had an average gold difference of 129 at 15 minutes during the regular season. But this isn’t even the worst part of the team’s drop in game quality.

It feels like this team lost the identity they were able to establish in the middle of the split, which was playing out the strongest mid-to-late game in the league. The team tried to start working on their early game but ultimately neglected their mid-to-late focus. As a result, a majority of their play looked shaky across the board and they had several uninspiring games against both 100 Thieves and Liquid, leading to their elimination.

Whether it was players showing up late to fights or sloppy decision-making, consistency is a clear issue that needs addressing. They need to return to what started working for them before the playoffs: Give Huni a weakside role and have Spica play alongside SwordArt to get both Lost and PowerOfEvil ahead. Focus on making one aspect of your game impenetrable before moving on to improve other aspects.

With Reapered and Abbedagge joining the fray for the 2021 Summer Split, 100 Thieves have already acquired plenty of strong pieces ready to make a deep run toward a possible LCS championship and Worlds qualification. But the big question is whether these new members will find their place within the culture of this team.

There are a lot of growing pains in store for 100T with a new coach and mid laner, but the bigger issue that needs to be addressed lies with two existing players on the team. Closer and Ssumday need to find a comfort zone that they can both live within because things looked uncomfortable at best between the two during the 2021 Spring Split. Ssumday has always been a player who thrives with enough resources, but last season, the veteran top laner looked just as lost as his jungler whenever he roamed over to his side of the map.

FBI and Huhi have already shown, even from their time with the Golden Guardians, that they can be a strong duo that can find their own advantages in the two-vs-two. As a result, Reapered and the rest of the coaching staff could focus on working heavily with Closer and Ssumday to find a system where they can help each other get early advantages so that the star top laner can throw his weight around a lot more in the late game.

With a traditional control-style mid laner like Abbedagge, 100 Thieves can build a great top side identity with a bottom lane that scales into a monstrous third power as their games reach the mid-to-late match state.

There’s just one week left until the start of the 2021 LCS Summer Split and every game matters in terms of a team’s Worlds aspirations. Everything that these players have worked for this year is on the line. You can catch all the action when the season begins on Friday, June 4.