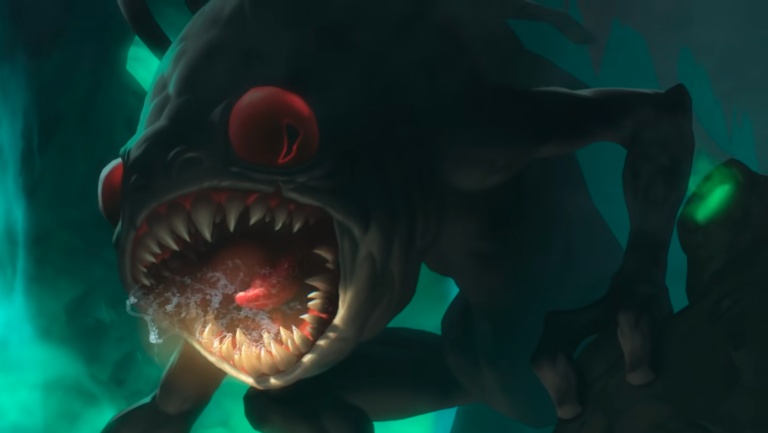 Yesterday, Blizzard shared more details about Hearthstone: Forged in the Barrens’ mini-set expansion, Wailing Caverns. And today, 35 unique cards will be revealed. The exact rarity breakdown will be four Legendary cards, one epic, 14 rares, and 16 commons.

The release formula will be similar to The Darkmoon Races mini-set from earlier this year. The cards found in this mid-set expansion will be tied to the Forged in the Barrens expansion.

For players looking to add these cards to their collection, they can do so either by opening Forged in the Barrens packs or by purchasing the entire set in the shop with either 2,000 gold or $14.99.

Here are all of the cards that have been revealed for Forged in the Barrens’ mini-set.

Teased earlier in the launcher (and not through Hearthstone’s social channels), this seven-mana Legendary Neutral Murloc minion has 4/4 stats and a potent Battlecry that eats a minion in your opponent’s hand, gaining its stats. While expensive, this card can disrupt opposing combo strategies by eating important cards that your opponent can try to use against you.

In addition to being good against combo decks, Mutanus is especially effective against control decks since it’s guaranteed to at least go two for one in value because it removes a card from your opponent’s hand. And if they try to spend more removal on it, then Mutanus gets rid of two of the opponent’s resources all by himself.

In the current set of reveals, there are Dungeoneer minions that are tied to each of the classes. They have a 2/3 stat line and a Battlecry that draws a spell. If the spell you tutor matches a specific Spell School, then a bonus effect is activated.

Frostweave Dungeoneer is a three-mana Rare Mage minion with a Battlecry that draws a spell from your deck. If the acquired spell is a Frost spell, then you summon two 1/1 Elementals that Freeze when they deal damage.

The spell that Devout Dungeoneer attempts to gain a bonus from is a Holy spell. If the drawn spell matches the school, then the cost of the spell is reduced by two.

Primal Dungeoneer gives Shaman a chance to receive potent card draw. If the spell drawn from Shaman’s Dungeoneer is a Nature spell, then you also draw an Elemental minion from your deck, allowing you to tutor two cards for three mana while developing a 2/3.

Hearthstone: Forged in the Barrens’ mini-set will be released on June 3.

This article will be updated to include all 35 cards as they’re revealed throughout the day.